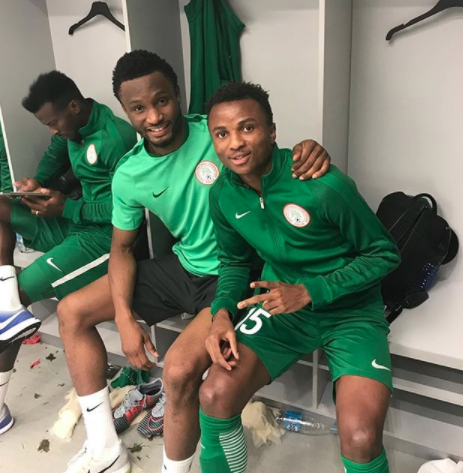 Super Eagles’ midfielder, Chidebere Nwakali has hailed the leadership of the Nigeria Football Federation (NFF) for putting together quality tune-up matches for the team in preparation for the World Cup in Russia, AOIFootball.com reports.
The former U-17 World Cup winner spoke with the media department of the NFF when he visited the Glass House, saying the games will afford the team an opportunity to have a feel of how their opponents will fare when the competition kick-starts.
“The friendly matches are good because to me, every game is a test. For you to pass your test you need to prepare well.
“The World Cup is a huge task ahead of us and for us to prepare well we need to play friendlies with teams similar to the teams we would be facing in the group stages, so I would say its a very good one,” Nwakali said.
The Aberdeen midfielder also expressed delight on joining Aberdeen on loan till the end of the season, positing that the atmosphere has been great for him.
“Life in Aberdeen has been very good; I was with the team in Dubai, the coaches and players have been great, so hopefully we can achieve our aim before the end of the season,” Nwakali concluded.
Nwakali was part of the Super Eagles’ squad in the last games against Algeria and Argentina but did not feature in any of the two games.
He will now be hoping his move to Aberdeen could earn him a spot in a very competitive Super Eagles’ midfield ahead of the World Cup in Russia.