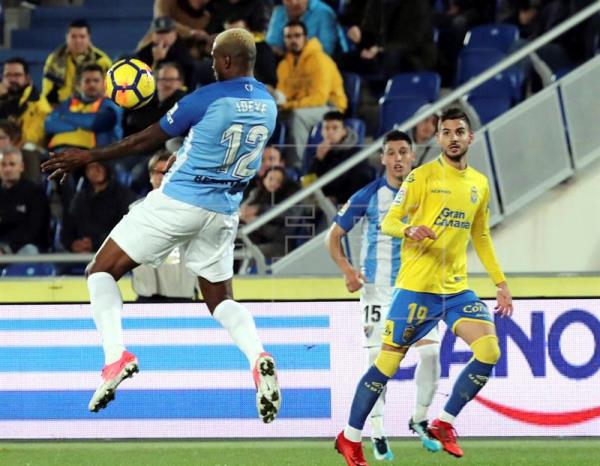 Nigerian international, Brown Aide Ideye has said he’s happy to return to active football after ending his exile with Tianjin Teda where he was forced to play with the reserve team after a dispute between his representatives and the club.
The 29 -year- old, who spoke to AOIFootball.com from his new base in Spain, said it felt so good being on the field of play again and wants to start banging in the goals soonest.
“I am really excited to return to football at the top level; the last few months have been extremely tough for me and I hope to reignite my scoring form soon.
“The Spanish league is arguably the best league in the world and playing in it is massive and hopefully I can fire Malaga to safety,” Ideye said.
The former Bayelsa United striker also posited that he still holds high hope of playing for Nigeria at the World Cup in Russia despite not featuring in most of the qualifying matches.
Ideye scored four goals in fourteen appearances for Tianjin before his untimely disagreement with the Chinese outfit.