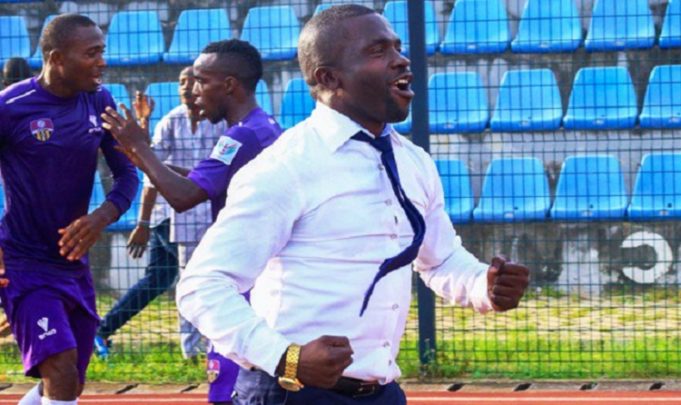 Head Coach of Lagos-based MFM FC, Fidelis Ilechukwu, on Friday said he was wary of his side’s chances in Sunday’s CAF Champions League clash with Real Bamako of Mali, AOIFootbsll.com reports.
MFM takes on hosts Real Bamako in one of the CAF Champions League preliminary round, first leg fixture at the Stade Modibo Keïta on Sunday.
“I can’t promise anything concerning the CAF Champions League because of our situation now. The truth is that we are not ready for the continental competition. Football is not magic and we cannot perform magic.,’ Ilechukwu stated.
In all games played at the Agege Stadium so far, they have failed to assert their dominance in the manner they did last term and Ilechukwu admitted that he was frustrated about his team’s form.
“We are facing a lot of challenges as our form, especially away has dropped drastically, which is a serious concern for us ahead of our trip to Mali.
“Our attack also hasn’t been sharp enough owing to the fact that we have not been able to get an adequate replacement for our all-time top scorer Stephen Odey, who joined Swiss outfit FC Zurich last year.
“So, we will try our utmost best to manage with what we have but much shouldn’t be expected from my team on the continent,’’ he said.
The Olukoya Boys will host their Malian counterparts in the return leg scheduled for Feb. 20 at the Agege Stadium in Lagos.