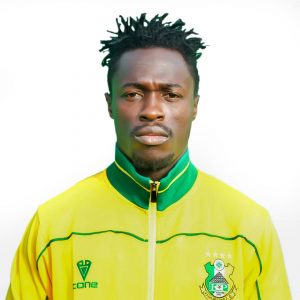 The League Bloggers Awards (LBA) has named eight nominees to vie for the Player and Manager Awards in the Nigeria Professional Football League (NPFL) for January, AOIFootball.com reports.
Kennedy Boboye of Plateau United, Duke Udi of Sunshine Stars, Akwa United’s Abdu Maikaba and Ibrahim Musa of Kano Pillars make the shortlist for the Managers’ award.
The player’s award category has Samad Kadiri of Lobi Stars, Junior Lokosa of Kano Pillars, Akwa United pair of Victor Mbaoma and Dennis Nya.
Kano Pillars forward Lokosa has enjoyed rave reviews for his free-scoring form so far. Six of his seven goals so far this season were scored in January.
He scored a goal each against Katsina United, Nasarawa United, Rivers United and Abia Warriors before netting twice against the champions Plateau United when both sides squared up last month
Samad is in the hunt for a first LBA recognition as he returned with an impressive figure of four goals and an assist for Lobi in the opening month of this season’s campaign in the top division. He scored in their 2-1 win at Enugu Rangers and followed up with the solitary strike to knock down newcomers Go Round FC.
The former Sunshine Stars man fired in a brace of goals and provided an assist in their 3-1 home win over Niger Tornadoes on January 28.
Two of Akwa United’s new signings Mbaoma and Nya make the shortlist for the month under review. Nya was a steady influence at the back for the Promise Keepers and featured in all six games in January.
The defender, hooked from Lobi, also showed he has a goalscoring side to his game as he scored a goal each against Rangers and Tornadoes.
Mbaoma, brought in by Akwa United from Remo Stars, helped himself to three out of his club’s 10 goals – one each against Yobe Desert Stars, Tornadoes and Kwara United. He weighed in with an assist in January in the 2-0 win against Rangers.
Akwa United Head Coach, Maikaba led his team to finish top of the log in January. His team won four out of six matches including a 2-1 win at Tornadoes. Akwa United’s only blip was at Go Round where they suffered a 1-0 defeat on the second match day of the season.
Udi guided Sunshine Stars to quite an impressive outing in the month under review despite their shoestring budget and troubles off the pitch. Two draws at Abia Warriors and Heartland and three wins against Katsina United, Rivers United and El-Kanemi Warriors put Udi in contention. Sunshine Stars’ only defeat was at Nasarawa United.
Boboye, as usual, has started the season well with titleholders Plateau United. Four wins including an opening day 1-0 win at Nasarawa United puts Boboye as one of the top contenders for the January award for managers. Two defeats to Abia Warriors and Kano Pillars are the blemishes in his outing with the Jos club.
Kano Pillars are once again looking like title contenders under Musa. He led them to three victories, all at home against Nasarawa United, Abia Warriors and Plateau United. The only slip-up for Musa and his team happened on January 21 in Port Harcourt where they lost 2-1 to Rivers United.
The LBA will announce the winners of the January awards next week.
FULL NOMINEES
MANAGERS
Abdu Maikaba (Akwa United)
Kennedy Boboye (Plateau United)
Ibrahim Musa (Kano Pillars)
Duke Udi (Sunshine Stars)
PLAYERS
Junior Lokosa (Kano Pillars)
Kadiri Samad (Lobi Stars)
Victor Mbaoma (Akwa United)
Dennis Nya (Akwa United)

Ideye not keen on Tianjin return, wants to remain in Europe