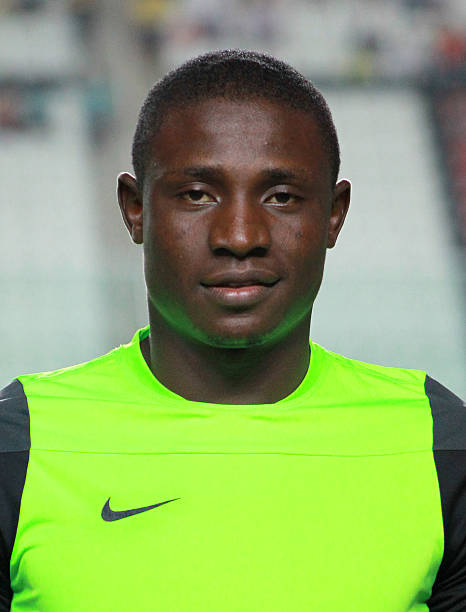 Junior international and Rio Olympics sensation, Sincere Seth believes the blend of youth and experience would be key to the Super Eagles’ success at the forthcoming World Cup in Russia, AOIFootball.com reports.
The Yeni Malatyaspor right fullback, who commended Coach Gernot Rohr on the opportunities he has given to young players like Kelechi Iheanacho, Alex Iwobi, Moses Simon, Mikel Agu and Chidozie Awaziem, saying it would motivate other young players to aspire to play for the Super Eagles.
“I believe this is our time to do something big at the World Cup and the mixture of youth and experience is impressive and I am confident the guys will do well in Russia.
“The coach has been doing a great work with the team as the Super Eagles are now a force to reckon with unlike in the past. I believe this gives younger players like myself hope in the future,” Seth said.
The 19-year- old former Rhapsody FC youth prodigy, who shone like a million stars at the 2016 Olympics in Brazil where Nigeria finished third, said persistence, hard work and prayers are factors helping him despite having to compete with established internationals at his club.
The right fullback was in action for 90 minutes in his club’s league match against Kenneth Omeruo’s team, Kasimpasa over the weekend where they played out a 1-1 draw. He believes his team would finish among the top ten in Turkish Super Lig at the end of the season.

I’m happy about my role in Eagles says Imama