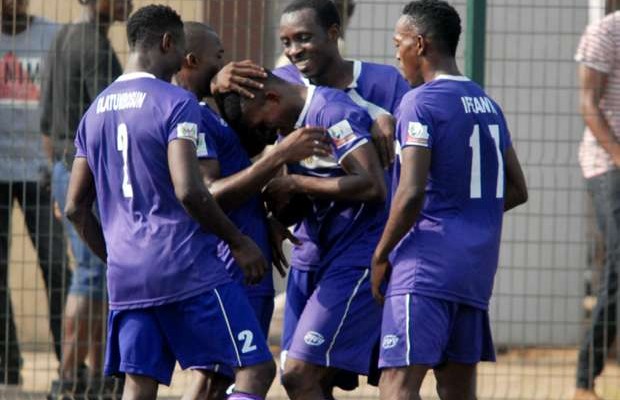 MFM FC of Lagos held Real Bamako to a 1-1 draw in the first leg of their preliminary round tie in the CAF Champions League played in Mali on Sunday, AOIFootball.com reports.
The Olukoya Boys dominated proceedings from the blast of the whistle but never really troubled the hosts’ defence.
Nojeem Akinyemi, however, got the curtain raiser to put the Olukoya Boys up in the 15th minute. The hosts levelled scores through a powerful header by Miakab Giscard on the 17th minute.
Real Bamako added pressure in the second half in their opponent’s box, but the MFM goalie Ospino Egbe stood firm in goal.
The return fixture will come up in a fortnight at the Agege Township Stadium in Lagos.

Moses thrilled to win NFF Player of the Year Award