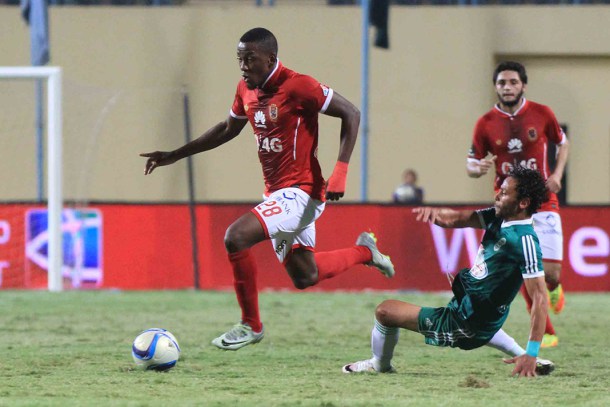 Junior Ajayi scored twice for Al-Ahly to beat Arab Contractors 5-2 in an Egyptian league tie at the Cairo International Stadium, AOIFootball.com reports.
Wahid Azarou gave Al -Ahly the lead in the seventh minute before Ajayi doubled their lead in the 16th.
Al Ahly then intensified their pressure in order to restore their lead, as Ajayi took the lead for the Reds following a massive howler from Aboul-Seoud. And in the 94th minute, Azarou scored his second goal for the Egyptian giants.
Ajayi has now scored seven goals in 19 league appearances for Al-Ahly so far this season.
The club maintained their lead in the league table on 60 points.