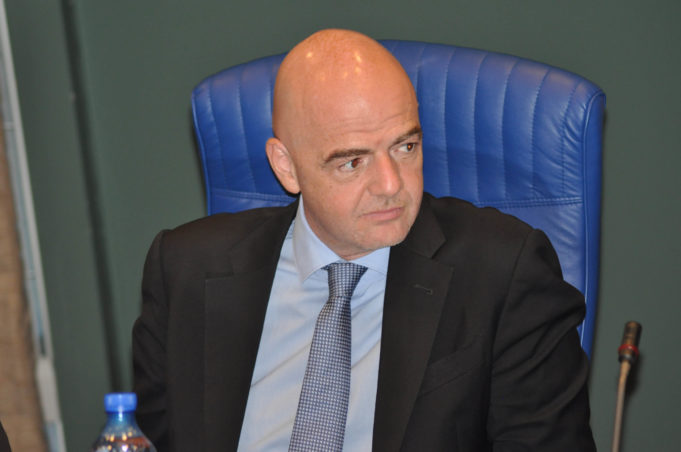 Nigeria will be the destination and attention of world football for three days when the FIFA Executive Football Summit takes centre stage between 20-22 of February at the Eko Hotels in Lagos, AOIFootball.com can confirm.
President of the Nigeria Football Federation, Amaju Melvin Pinnick, while confirming the news on AIT on Tuesday morning, said the country is ready to host the event and hopes the summit helps strengthen Nigeria’s relationship with other football federations.
“Gianni Infantino will be in Nigeria on Monday for the FIFA Executive Summit which will be a three-day event and this will bring all international media down to Nigeria,” Pinnick said.
Pinnick also confirmed that those expected to be in attendance are CAF President, Ahmad Ahmad, FIFA General Secretary, Fatima Samba Samoura, President of the Dutch FA, Michael Van Praag, Slavisa Ikokezia, President of Serbia federation as well as six presidents from the Caribbean nations and 12 from the African continent.
A total of 25 presidents are expected to be in attendance at the summit with Pinnick also positing that the entire event will be funded by FIFA and will also boost the country’s economy.
This will be the second time in less than four months that Infantino will be visiting Nigeria, a clear indication that the country is gradually taking its rightful place in world football.