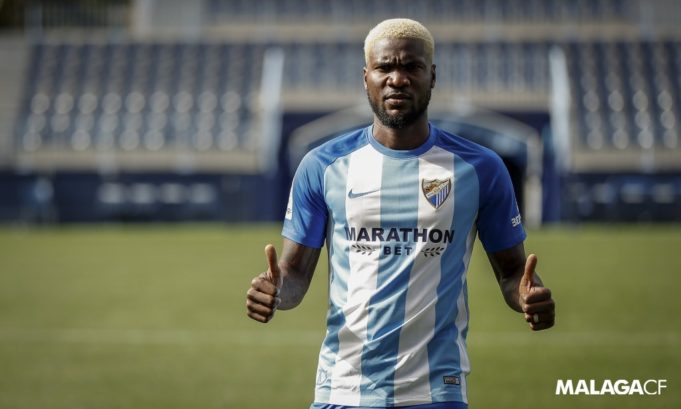 After firing blanks in his first two games for LaLiga strugglers Malaga, Super Eagles’ striker, Brown Aide Ideye believes he is on track to get back to his old scoring best, insisting he has what it takes to fire Malaga out of the drop zone.
Ideye, who saw his side lose by another slim 1-0 scoreline over the weekend against Athletico Madrid, told AOIFootball.com that his side’s lack of goals was due to inadequate supply from the creative midfield.
“It’s been difficult to get the goals because we don’t have a creative midfielder who can give a goal pass, but I’m confident we can overcome these challenges in our next games and the goals will start coming,” Ideye assured.
The AFCON 2013 winner further insisted that he is confident his side can beat the drop zone despite being on the foot of the table with only 13 points.
“It’s unfortunate the situation we find ourselves in right now, but with hard work on and off the pitch, I believe we can survive relegation, it will be difficult but also very possible,” Ideye added.
Malaga are currently 20th on the log with 13 points from 23 games and will need to start winning soon if they are to remain in the top flight next season.