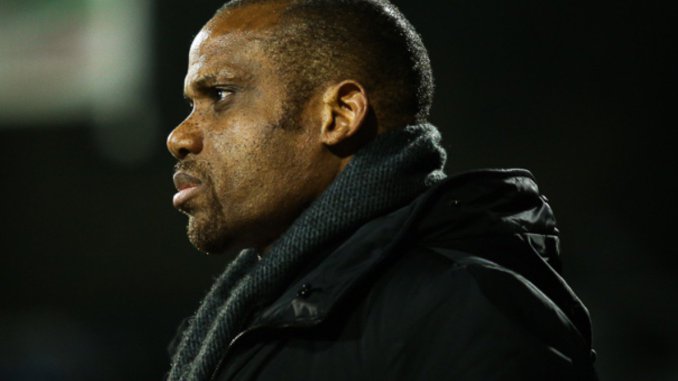 Former Super Eagles’ Coach, Sunday Ogochukwu Oliseh has been sacked by Dutch second division side Fortuna Sittard on grounds of a disagreement between the coach and other management staff of the club, AOIFootball.com can confirm.
Oliseh, who led the club to its first title in decades last month, has been having a tough time since the turn of the year after failing to win in any of Sittard’s last four matches with the club scoring just once in the process.
It would be recalled that the former Nigeria captain came into Sittard and insisted on changing virtually most, if not the key backroom staff, a decision which has now backfired with his players now turning against him.
Oliseh guided Fortuna Sittard to 22 wins, 8 draws and 13 losses, while also guiding them to their first Cup run in decades.