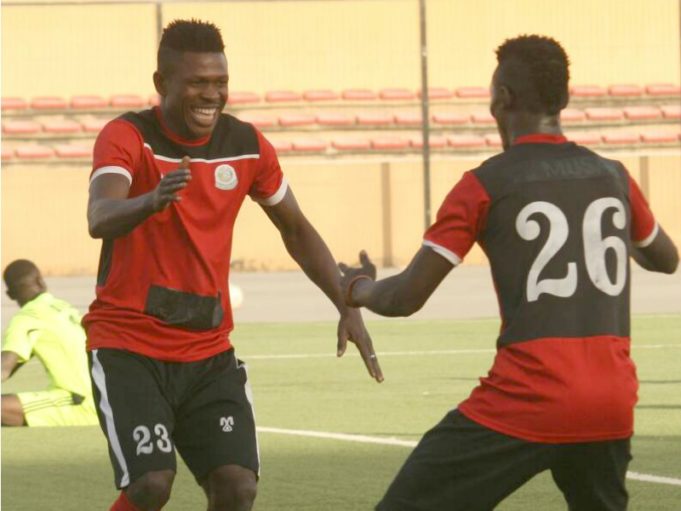 By Olu Oguntimehin
Katsina United goal poacher, Eric Dufegha has set a personal target of 16 goals this season in the Nigeria professional football league, AOIFootball.com reports.
The former Remo Stars striker, who has scored twice in three starts for the Chanji Boys this season, said he hopes to score a minimum of eight goals in the first round of the league and hopefully double the number by end of the season.
“I have to compete with six other strikers for the starting spot in the formation of the coach which is not easy but with hard work, determination and God on my side I can do it.
“My aim is to score a personal best of 16 goals this season and try to get my team in a very decent position,” Eric said.
Dufegha played his first season in the Nigeria Professional Football League with debut campaigner, Remo Stars last year after a sojourn in Senegal where he played for Teungeth football club of Senegal.
He added that he’s also not ruling out the possibility of winning the Rashidi Yekini trophy for the highest goals scorer in the league.