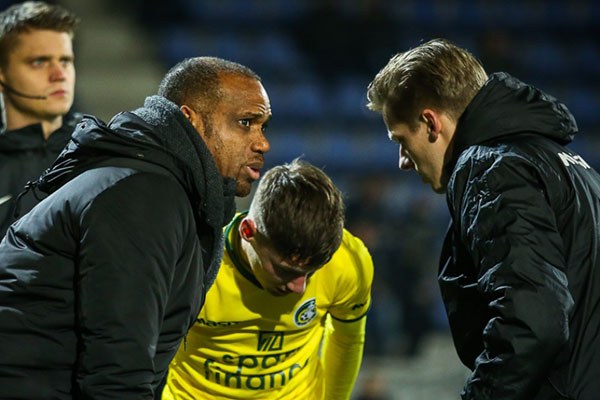 Dutch club, Fortuna Sittard has explained why they had to part ways with former Super Eagles’ Coach, Sunday Oliseh, saying his attitude is unbearable.

Oliseh who is no doubt a stubborn enforcer of policies as shown with his attitude in the past was axed by the club, despite him leading them to their first League title in decades.

“Fortuna Sittard immediately puts his coach Sunday Oliseh on non-active. The club management makes this decision as a result of the repeatedly culpable actions for a longer period by the trainer towards several persons in the organization.

“Several attempts by the club to move the trainer to other behaviour were unfortunately without result, resulting in an unworkable situation.

“The board of Fortuna Sittard emphasizes that the decision to disband Sunday Oliseh is not motivated by the current sporting performance. Because of his inadmissible actions, the coach has made the cooperation with many people within the organization impossible. From players to employees. Fortuna Sittard regrets the decision, but states that the club’s interest goes above all else”.

This will not be the first time Oliseh is in this situation as he failed to make the 2002 World Cup squad after some issues with the coach, and also left the Super Eagles coaching helm in February 2016 after replacing captain Vincent Enyeama with Ahmed Musa, a decision which led to Enyeama’s early retirement from national duties.