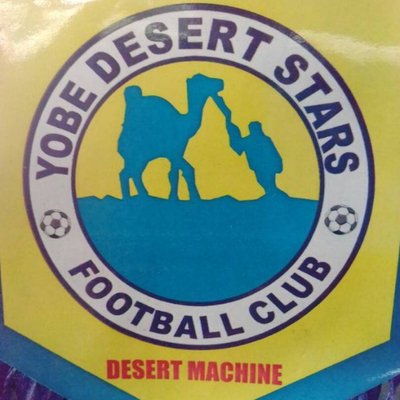 The General Manager of Yobe Desert Stars, Abubakar Ago has stated that the club will have a successful campaign in the ongoing season of the Nigeria Professional Football League.
The former FIFA referee made this known to AOIFootball.com in Damaturu shortly after his team pipped Rivers United in a Match Day 8 encounter, stating that they have all it takes to go all the way and retain their Premier League status at the end of the season.
“I am confident my team will emerge successful at the end of the current season.
“Both the players and officials of the club are determined to go all the way, and we are leaving nothing to chance to ensure that we maintain our premier league status,” he said.
It would be recalled that not more than one of the promoted teams each year have retained their top-flight status at the end of every season in the past few years, a hurdle Ago promised his team would scale without a hitch this season.
“We are aware of the common trend of newly promoted teams not making it beyond one season in the premier league, but we have resolved to surpass that height this season,” Ago added.
Of all four promoted teams to the top flight, only Yobe Desert Stars and Go Round FC are yet to drop points at home, with the former going as far as picking a draw on the road to Heartland on Match Day 5.