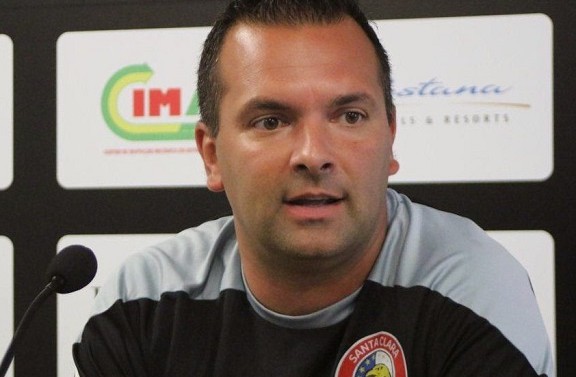 Hours after former Super Eagles’ coach, Sunday Oliseh was suspended by Dutch second-tier club, Fortuna Sittard, they have promptly announced a “temporary replacement” for the Nigerian, AOIFootball.com reports.
The new man is Claudio Braga. He will serve as Head Coach and Head of Youth Training.
The club statement reads:
“Fortuna Sittard have appointed Claudio Braga as a temporary replacement for the inactive Sunday Oliseh.
“Until the club finds a new coach, Braga will play the dual role of Head Coach and Head of Youth Programs. Braga holds the UEFA Pro Licence and has the right papers to represent the group as a professional football organization.”
The Portuguese-born has broad experience in the Dutch (youth) football. His career led him earlier to clubs like PSV, Feyenoord, FC Utrecht, Sparta, Excelsior and Portugal’s Vitoria Setubal.
Oliseh has however insisted on no wrongdoing, and that he was relieved of his position because he refused to engage in illegal dealings.