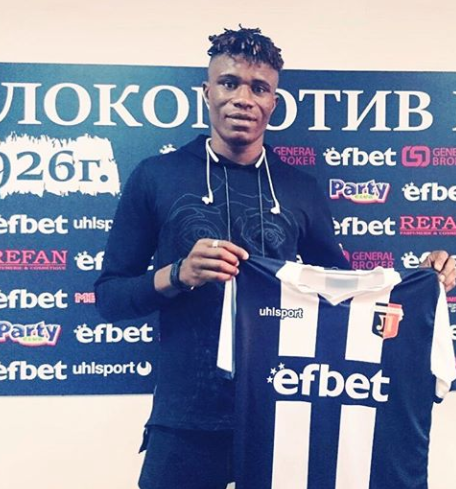 Stephen Eze arrives Lokomotiv Plovdiv to strengthen the team’s defence line. Eze was the superstar in all Eagles’ matches, and the defender was also
selected among the CAF Best XI at the just concluded African Championship in Morroco.

In his first words as a player of Plovdiv, Eze said: “I am happy to be part of a big club like Lokomotiv Plovdiv, and I cannot wait to make my debut for the team and I will give everything to make this great club win laurels.

“Playing at the African Nations Championship and representing your national team there was a great honour for me. The dream of every footballer is to play a final of such rank.

“I hope that my good games for Nigeria and my playing time in this great club can make me participate at the World Cup in
Russia,” said Eze.

I’m glad I have two friends from Nigeria in the squad – Mohammed Musa and
Mustafa Abdullah. They will help me get used to the situation, ”
Eze stated.
PFC Lokomotiv wishes Stephen Eze to be a success with a “black and white ” jersey!