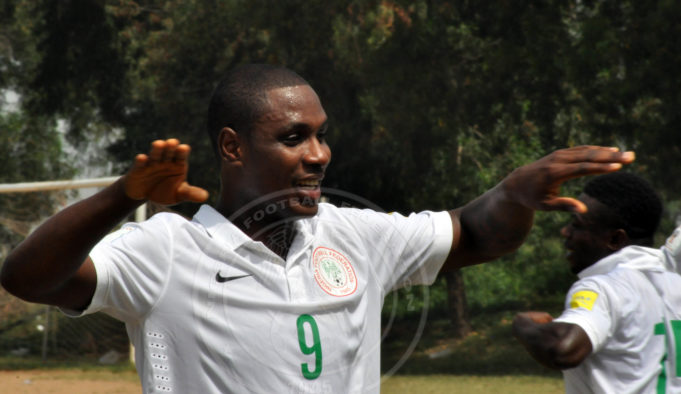 After returning to pre-season training ahead of the new Chinese Super League season, Super Eagles’ and Changchun Yatai goal poacher, Odion Jude Ighalo has expressed his readiness to lead Nigeria’s lineup as Gernot Rohr’s men begin their buildup to the world cup in Russia with friendlies against Poland and Serbia next month.

The former Watford striker, who spoke to AOIFootball.com from his training base, said he is eager to wear the national team’s shirt this year and hopes the Eagles can replicate their 2017 form where the lost just once.

“It’s been three months since we last played as a team, I miss the national team and every other player also feels the way.

“Last year was a huge success for us because we qualified for the World Cup unbeaten and we played arguably our best football in a very long time,” Ighalo said.

Ighalo is expected to lead the Super Eagles’ attack in next month’s friendly against Poland and Serbia and he further expressed his readiness to deliver for the national team in both games.

“I am physically and mentally ready to play. I have been training well over couple of months and I believe if called upon for both games, I will definitely do my best.

“The competition for places is getting tougher in the national team, so I must always take my chances when called upon,” Ighalo concluded.