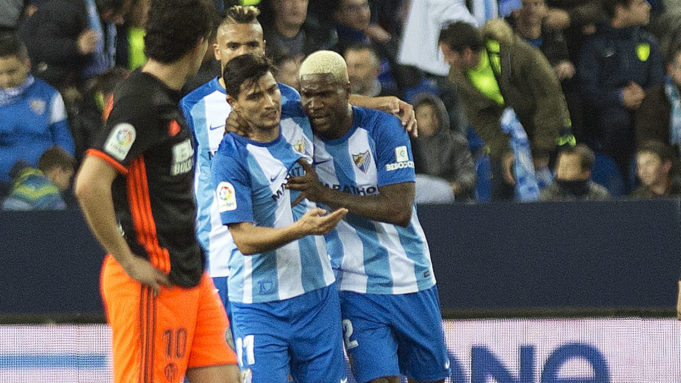 Super Eagles’ striker Brown Ideye scored his first Spanish LaLiga Santander goal in his third start for Malaga which lost 2-1 to Valencia on Saturday night, AOIFootball.com reports.
The Nigeria international opened the scoring in the 27th minute to give his side the lead,  but it was not enough as two goals in the last ten minutes from Francis Coquelin and Daniel Parejo condemned José González’s side to their 17th loss of the season.
Nigeria forward Isaac Success was not included in the matchday squad.
The defeat took Malaga to 13 points from 23 matches.