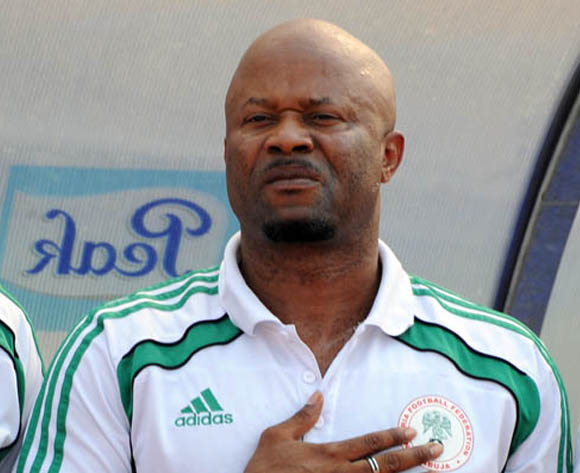 Former Super Eagles’ left-back Benedict Iroha, has hailed the leadership of the Nigerian Football Federation for their near-perfect hosting of the first Aiteo/NFF Awards in Lagos on Monday, AOIFootball.com reports.
Iroha, who spoke exclusively to AOIFootball.com after the award ceremony, said events like this will help former internationals foster relationship among themselves, whilst also harping on early preparations for the Super Eagles ahead of the World Cup in Russia.
“It was a nice event and we enjoyed it; it was an opportunity to see each other after a very long time, but by and large, it was a good start and I hope to see the event continue beyond this first edition,” Iroha said.
Speaking on Nigeria’s World Cup chances, Iroha said early preparations would propel the team to do well in Russia.
“To me, the group is an open one. However, if we have early preparations and keep the boys together and pray we don’t lose our best legs to injury, then I am confident we have a decent chance of doing well at the World Cup.
“The Eagles must also take their first match seriously because a good start offers confidence and would boost their morale,” the former FC Dallas youth coach concluded.
Iroha featured 50 times for Nigeria between 1990-1998, played in two World Cups- 1994 and 1998, and also won the Nations Cup in Tunisia ’94.
He was also the assistant coach to the late Yemi Tella when the Golden Eaglets conquered the world in 2007.

Beating Iceland has boosted our morale to face Argentina- Ekong