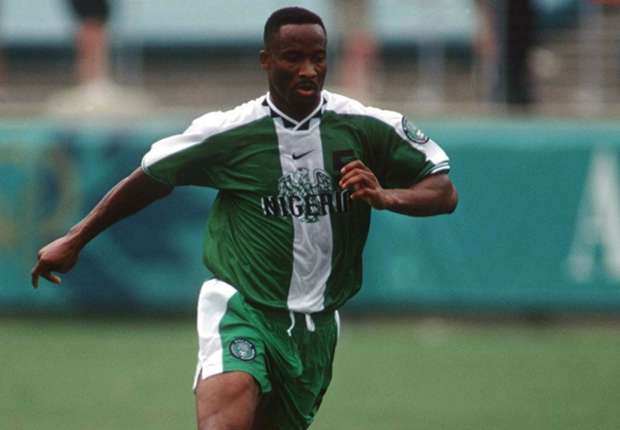 Former Super Eagles’ captain, Uche Okechukwu is delighted to have been named in the NFF Legends’ XI for 2017, saying it’s a proud moment for him and every other ex-international on the prestigious list.
‘Gentle Giant’, as he was fondly called during his playing days, told AOIFootball.com exclusively after the ceremony that every former international is a legend, regardless of being named or not.
“It was nice to be part of this prestigious event; first of all, being the first time it’s not really important whether one is part of the XI or not. What is important is for all of us to come together as legends.
“Everybody is a legend regardless of the national team level you played for, as long as you wore the national jersey and served this country you deserve to be on the list. Basically, I am happy to be on that list,” Okechukwu said.
Okechukwu, who was named Deniz Uyger in Turkey, further praised the effort of Gernot Rohr in trying to take the Eagles’ back to its glory days, whilst posting that the team must play as a unit if they must conquer the world in Russia.
“I want to give a big kudos to the coach of the team, Gernot Rohr, who has been doing so well. I hope he continues with the form they had last year when preparations for the World Cup kick- starts.
“However, the team must prepare physically, mentally and otherwise. Individually, I would say the boys are fantastic, but this is the World Cup and they have to be compact and try to understand each other to perform well,” Okechukwu said.

Eagles must take their games one after the other- Lawal