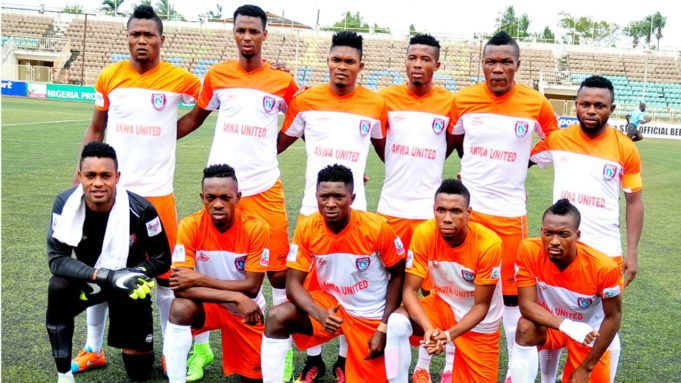 Nigeria’s representatives in the CAF Confederations Cup Akwa United are through to the first round of the competition after they outsmarted Banjul Hawks of Gambia 2-0 in the second leg of their preliminary round tie in the Gambia to advance 2-3 on aggregate, AOIFootball.com reports.
Olisema opened the scoring in the 36th minute and got his second goal ten seconds after the break.
The Promise Keepers will square up against Al Ittihad of Libya in the first round in March.
Al Ittihad will host the first leg in Tripoli, while the second fixture will be staged at the Godswill Akpabio International Stadium in Uyo a fortnight later.

VIDEO: Simy with a brace for Crotone