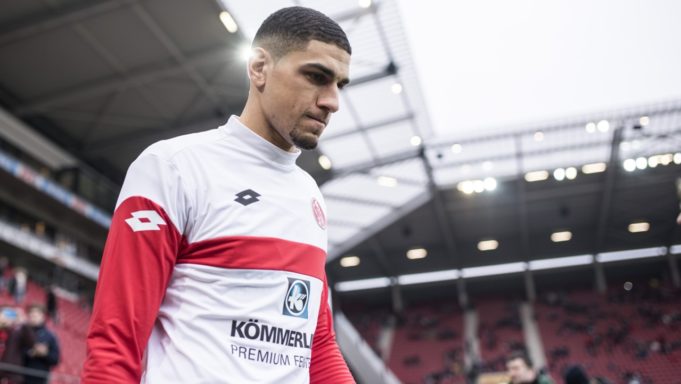 Super Eagles’ defender, Leon Aderemi Balogun was in an unhappy mood as his side FSV Mainz 05 failed to pick all three points against Wolfsburg which could have seen them move clear of relegation the zone, AOIFootball.com reports.

The former Darmsdat 98 defender, who was making his tenth league start of the season, featured in the three-man defence alongside captain Stefan Bell and Abdoul Diallo.

The away side, however, drew first blood when Josip Brekalo tucked home from a William pass in the 6th minute to hand Wolfsburg the initial advantage.

Substitute Yoshinori Muto equalized just on the stroke of half-time to ensure both teams went into the break leveled.

Balogun tweeted afterward showing his displeasure with the result: “Definitely not the result we wanted, but one point is still better than none. On to the next one, we keep on going, we keep on fighting.”

The result leaves Mainz in 15th position on 24 points from 24 games, just one point above the relegation playoff zone.