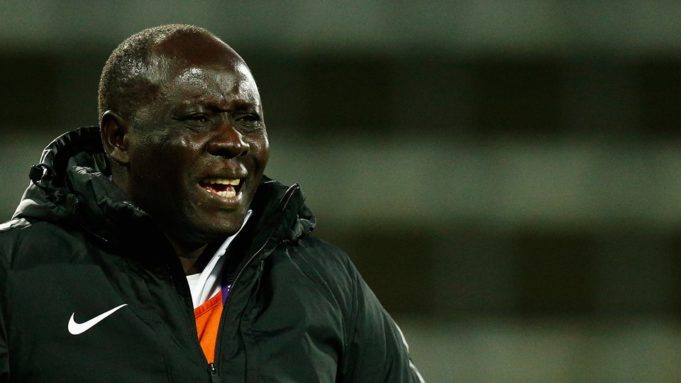 Head Coach of the Golden Eaglets of Nigeria, Manu Garba has said the camp of the team will be open soon as the country hopes to avoid a repeat of last year’s embarrassment of failing to qualify for the U-17 African Cup of Nations.
Garba told AOIFootball.com exclusively, that he has already submitted his itinerary to the NFF and will wait for their feedback before deciding on further actions to take.
“Work has started already as you know and I have submitted my plans to the NFF technical department, so we are awaiting their approval to start the work proper.
“Despite the short time, my team and I will try and assemble the players we have seen across the country and we are also looking at graduating boys from the NFF Future Eagles and then select the best from all the players we will invite and go onto proper camping,” the former Gombe United coach revealed.
Manu Garba, who led the country to glory at the FIFA U-17 World Cup in UAE in 2013, added that the mistakes of the past will be adequately dealt with to avoid any repetition.
“So many things happened the last time which cost us qualification and hindered our chance of defending the Cup we won in 2015 because we had issues with MRI procedures. This time around, we will work to correct such lapses,” Garba concluded.