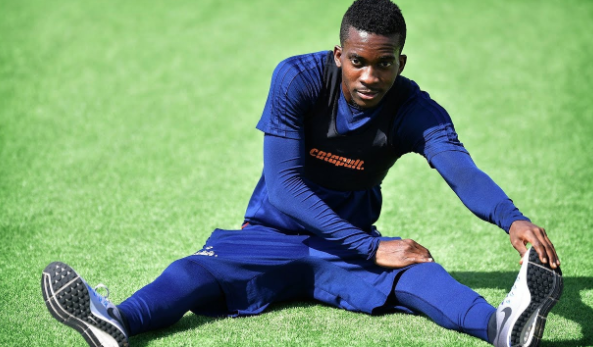 Nigerian striker, Henry Onyekuru has given an update on the progress of his injury, insisting he will return to action soon and will fight for a place in the Super Eagles’ team World Cup team, AOIFootball.com reports.
The on-loan Everton young star told this medium exclusively that he has already hit the gym and hopes to be running on the field by this week.
“For now, I am taking it slow, but the progress has been amazing. I started running today inside the gym and from the 1st of March I should be outside running on the pitch and 22nd of March the doctor will decide when I will start training. So, hopefully, in a month’s time I should be back in full training,” Onyekuru said.
The former Aspire Academy product further added that he still hopes of being in Russia and that anything can happen between now and the end of the season.
“Going to the World Cup is every player’s joy. if I make it, it would be a proud moment for me but right now I just want to focus on my recovery and put every other thing in God’s hands,” Onyekuru concluded.