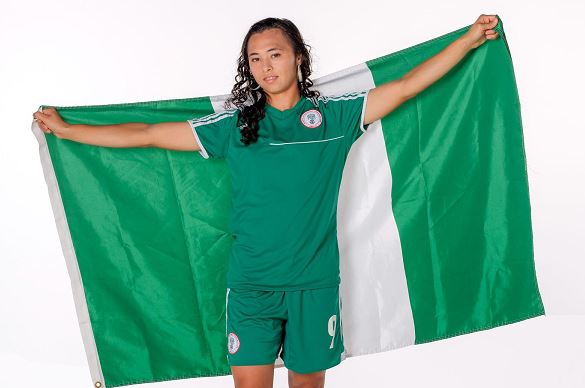 Former Falconets’ forward Sophia Omidiji has commended the Super Falcons for winning Bronze, even though they narrowly lost to Ghana in the semifinals of the just concluded WAFU Cup in Cote d’Ivoire, AOIFootball.com reports.

The former KAA Gent of Belgium attacker, said Nigeria’s Super Falcons remain Africa’s number one powerhouse when it comes to the big stage, therefore they should not be deterred for failing to clinch the maiden WAFU Women’s Cup which ended at the weekend.

“Penalty is nobody’s game, so they are just lucky. Definitely, if we replay that game again we will defeat them. Ghana has never and will never be superior to Nigeria in Football.

“Our girls were amazing and in the game of football, sometimes the winner isn’t always the best team; sometimes you lose but our girls and coaching staff were fantastic as this is the first time this team is gathering,” Sophia concluded.

Sophia Omidiji Omotola could get her chance to play for the Super Falcons if invited by new coach Thomas Dennerby for the team’s friendly against France later in April.