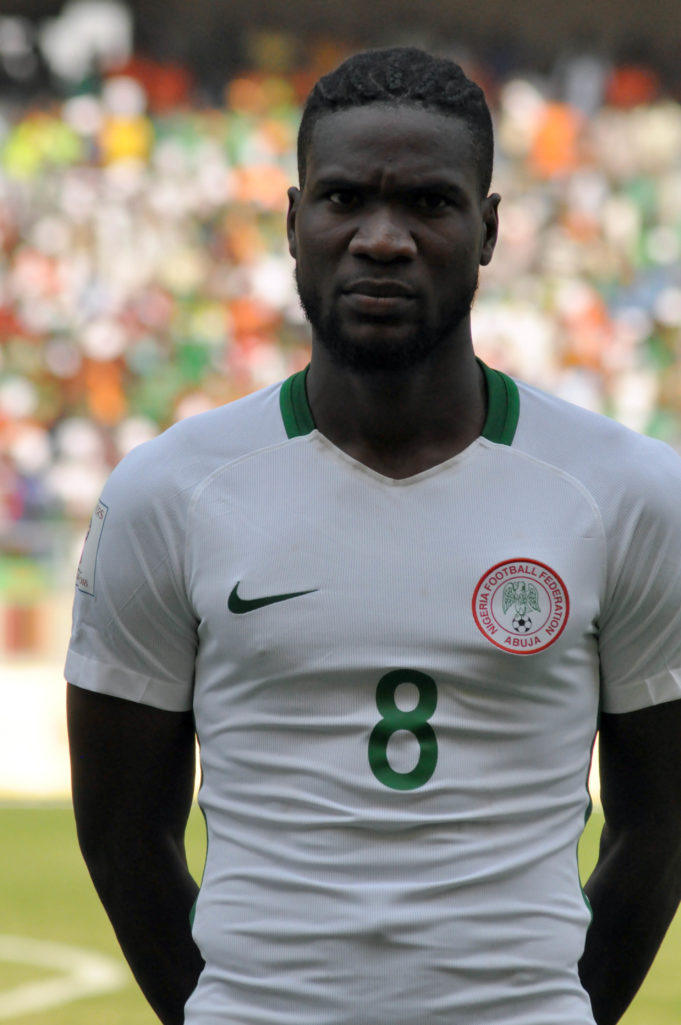 Super Eagles and FC Malaga of Spain forward, Brown Ideye has said he is very hopeful of a recall to the Gernot Rohr- tutored side after making a return to active football after his move from the Chinese Super League to the very competitive and highly rated Spanish LaLiga.

Ideye, who had serious issues with his Chinese Club Tianjin Teda which saw him frozen out for months, had his football career and World Cup hopes revived when he completed a loan move to Malaga during the winter transfer window.

The former West Bromwich Albion striker now believes he has a strong chance of making a full return to the national team and with a possible call-up for the first set of friendly games against Poland in Wroclaw and Serbia four days later in London.

“I am very hopeful of a call-up back to the Super Eagles. It is what I have been longing for and I have been out for too long and I think my return to active football, especially in a tough league like the LaLiga will help spur my chances to come back,” the forward told AOIFootball.com.

Ideye has scored a goal since joining Malaga and last played for the Super Eagles in a FIFA World Cup qualifier against the Chipolopolo of Zambia in 2016.

He has featured 30 times for the Eagles, scoring 6 goals. Already there are reports in the media that Gernot Rohr may have extended an invitation to the forward for the upcoming games.

I can’t wait to play for Lille, says Osimhen