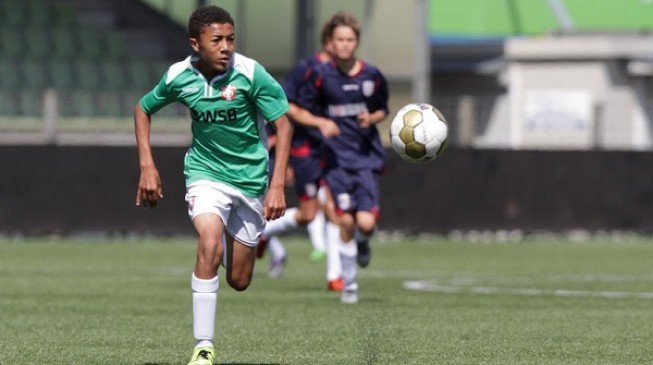 Head Coach of Nigeria’s U-17 team, the Golden Eaglets, Manu Garba, has said that he is open to the possibility of welcoming players of Nigerian descent to the team, either they are playing at home or abroad, AOIFootball.com reports.

Garba, who spoke exclusively to AOIFootball.com, said the NFF has been keeping tabs on Omidiji and will definitely consider him ahead of the qualifiers later this year.

“Every player is welcome to the team as far as they are good enough and are better than the players we have on the ground; they are always welcome to play for this great country,” Garba said.

Lafeef Omidiji Jr plays for Feyenoord U-17 and is arguably the country’s brightest star at that level with his exploits in Holland earning rave reviews by some of his coaches.

The young star is seriously sort after by US Soccer Federation as gathered authoritatively, however, reports reaching this medium says both the player and his family are keen on him donning the Nigerian jersey, with Omidiji present at the NFF/Nike Super Eagles’ jersey unveiling in London last month.

Omidiji is not the only Nigerian on the NFF radar for the U-17, as Liverpool young star Emeka Obi is also in consideration.