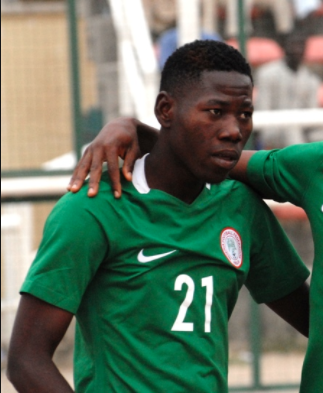 Home-Based Super Eagles’ star, Sunday Faleye is expected to return to full fitness in three weeks after making progress on the injury he sustained while on international duties for Nigeria at the last CHAN tournament in Morocco, AOIFootball.com reports.

The 19-year-old former Shooting Stars of Ibadan attacker, who was arguably Nigeria’s best player prior to his injury against Angola in the quarterfinals, will now return to the field without a club after his purported move to Akwa United hit the rocks.

The winger told AOIFootball.com exclusively that he was happy with the progress of his injury and hopes to sort out his future soonest.

“I have made significant progress with my injury and should be back in three weeks time. I have started running well, so its a good progress for me,” Faleye said.

Faleye ended his contract with Shooting Stars after the club got relegated but the player remains upbeat about his future and will work with his manager to get a new club.

“I’m considering all my options and hopefully, my future will be sorted out soon,” Faleye concluded.