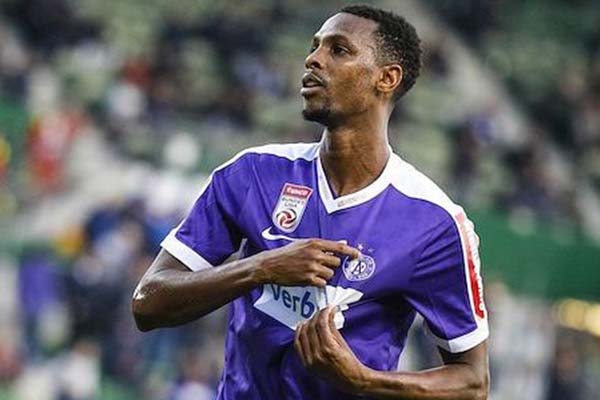 Austria Wien midfielder, Alhassan ‘Muazam’ Ibrahim has said he is a much-improved player now than when he was playing in the Nigeria Professional Football League, AOIFootball.com reports.

The midfielder, who joined last summer from Aiteo Federations Cup champions, Akwa United, has featured 21 times in all competitions and has scored just a goal since his arrival in Austria but believes there is more to come from him.

“My game has improved since my move to Europe, both physically and mentally and I have learned a lot about tactics and techniques.

“I think I am a more improved and better player now than before, particularly as I’m also motivated to achieve more for both country and club,” Muazam said.