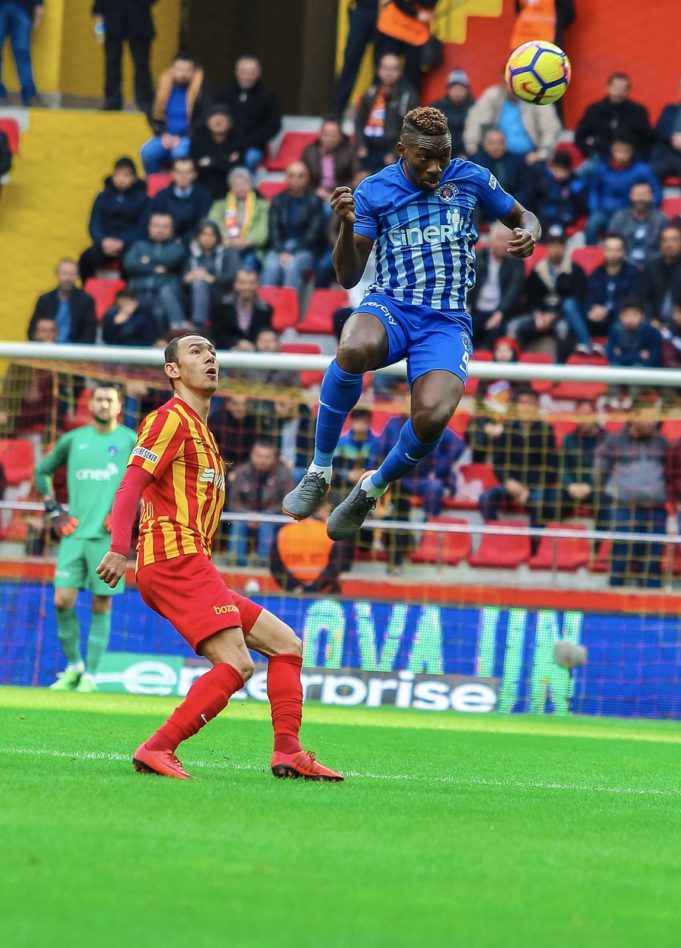 Kasimpasa of Turkey defender, Kenneth Omeruo is positive the Super Eagles’ defence has what it takes to tame Bayern Munich and Poland striker, Robert Lewandowski when both sides clash in Wroclaw later this month.

The on-loan Chelsea defender, who spoke to AOIFootball.com exclusively from his base in Turkey, said he is honoured to be invited to the Eagles’ setup, saying the match against Poland will be a good test for the team generally.

“First, it’s always an honour to be part of the team again, I am looking forward to the match and want to give my 100% best to make sure we come out tops.

“Every match we play from now to the World Cup is like a final, because we the players have to be at our best form and make sure we represent the country adequately at the World Cup in Russia,” Omeruo said.

Omeruo further posited that facing Lewandowski won’t be a problem for the defence because he will just be like another striker the team has faced in the past.

“I’m well prepared for the game, especially because I am in good shape and also because it’s important for the team’s preparation.

“Stopping their danger man (Lewandowski) will not be a problem for us because I am very sure we can definitely contain him. We just have to work as a team and most importantly, follow the manager’s tactics,” Omeruo concluded.

Nigeria will face Poland in an International friendly on March 23 in Wroclaw and then travel to London four days later to face Serbia at the Hive Stadium Stadium on March 27.