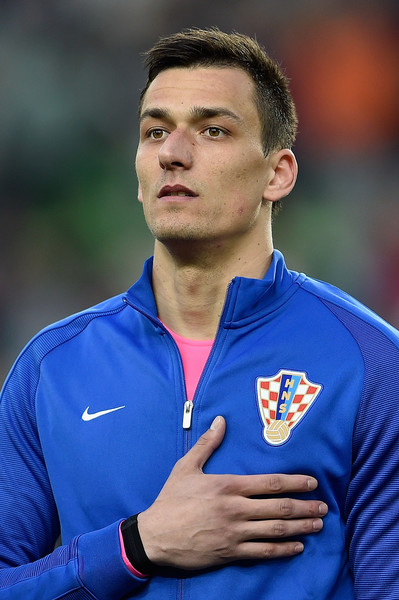 KAA Gent goalkeeper Lovre Kalinic has revealed that he has been discussing the 2018 FIFA World Cup Group D fixture between Nigeria and Croatia with his club teammates Anderson Esiti and Moses Simon, positing that underrating the West African nation will be a mistake if Croatia must qualify at the expense of Nigeria, AOIFootball.com reports.
Kalinic, who is expected to make Croatia’s final squad for the global tournament which is scheduled to be hosted by Russia between June and July 2018, said Simon and Esiti have given him a hint on how Nigeria will play at the World Cup.
”I have the impression of being underestimated by Nigerians, and I have Simon and Esiti in the club -two young Nigerian players who are already great players.
”They said the guys are powerful and fast, but very responsible, quality players and they told me that this is how the whole team is,” Kalinic said.
The Croatia shot stopper further added that his team must avoid a defeat against Nigeria to stand a realistic chance of making the second round in Russia.
”I know Nigeria will be very tough, so any one-and-a-half percent loser approach ahead of the match with Nigeria can be crazy,” the 27-year-old concluded.
Nigeria will also face Argentina and Iceland in Group D. Their first match will be against Croatia in Kaliningrad on the 16th of June 2018.