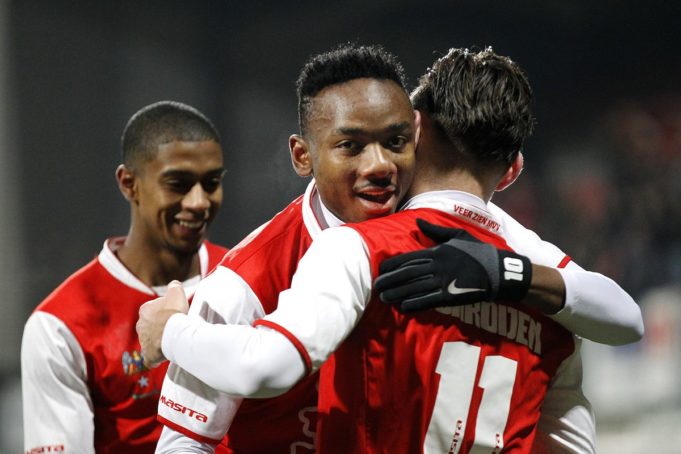 Former Golden Eaglets’ captain Kelechi Nwakali was the hero for his side after scoring his first goal for MVV Maastricht since his second return to the Red and Whites during the winter transfer window, AOIFootball.com reports.
The on-loan Arsenal young star opened the scoring with 23 minutes gone when he received a pass from Martina Shermaine before firing past the goalkeeper to put his side ahead.
Five minutes into the second half, Nwakali completed his brace when he scored an absolute beauty of a goal after skipping past two markers to rifle the ball into the right-hand top corner of the net, leaving the goalkeeper with absolutely no chance.
The Nigerian was however substituted in the 81st minute to a standing ovation, with a further strike from Attila Yildrim ensuring Maastricht got all 3 points.
The result leaves Nwakali and his team two points from promotion playoffs with 38 points from 28 games.

Why I celebrate wildly- Ilechukwu