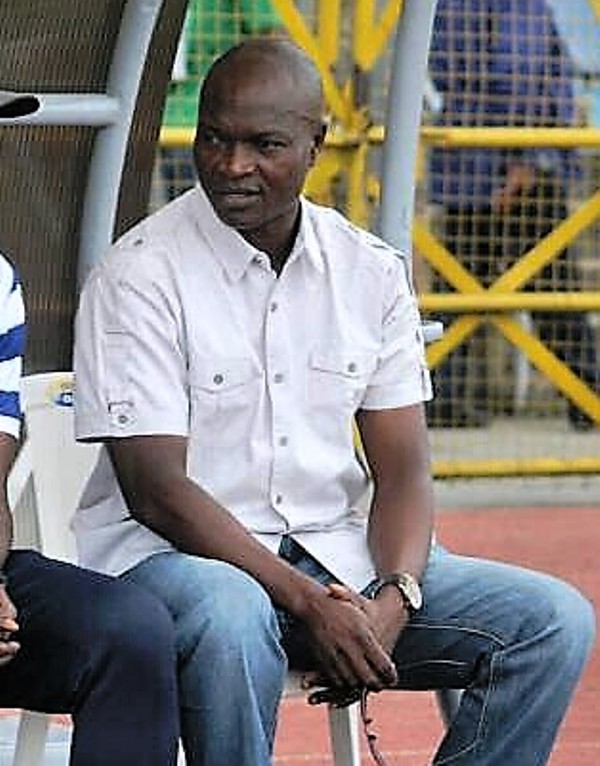 Head Coach of Sunshine Stars of Akure, Duke Udi has called on the appropriate authorities to wade into the matter concerning his club as the inability to register some of their newly recruited players made them suffer their fourth league defeat against Go Round FC in Omoku on Sunday, AOIFootball.com reports.
Udi made the assertion during the post-match press conference after his team had lost 1-0 to Go Round  FC, saying if his players had converted their chances, the match outcome might have been different. He added that the inability to use the full complement of his players has been their biggest problem so far.
“First and foremost, I want to congratulate my opponents because they won today’s (Sunday) match; no matter how you play on the pitch, the result is all that matters. We have lost and that is it.
“Personally, I was not happy because I felt we played very well, but football is about taking your chances; they took theirs and it resulted in a win for them,” Udi said.
On not having his full squad on match days, the Akure Gunners’ tactician said they are trying to work with what they have now and hopes everything will be settled soonest.
“This is a big problem in our team because of the litigation case in Abuja, so it has been really tough for us.
“We have 15 new players we can’t use and that has been affecting our season, look at the game against Plateau United we had just 11 players without a substitute which was really bad for the team, hopefully all this will be sorted out soon and we will return to winning ways,” Duke Udi concluded.
Sunshine Stars are currently dangling with relegation as they occupy the 17th position with 13 points from 12 games and have only won once in their last 5 outings, picking five points from a possible 15.