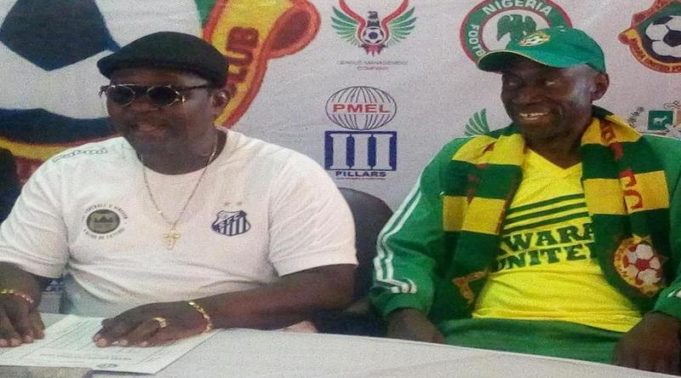 Bala takes over from former Golden Eaglets’ coach, John Obuh, who was relieved from his job following poor performances in the ongoing Nigeria Professional Football League.

The Harmony Boys’ club chairman, Prince Oladimeji Thompson, presented Bala to the press at a colourful unveiling ceremony at the Conference Room of Sports Council in Ilorin.

Prince Thompson said the club was working tenaciously with stakeholders in arriving at a decision in the spirit of inclusive administration, also promising to redouble his commitment to put the Club at vantage position and sustain its hard-earned promotion to the Nigeria Professional Football League.

In his remarks, the Kwara State Governor, Alhaji Abdulfatah Ahmed, who was represented by the Permanent Secretary, Ministry of Youth and Sports Development, Elder Ayobola Samuel, said that a sustainable funding arrangement has been put in place to improve the welfare of players and the technical crew for them to prosecute the Nigeria Professional Football League.

Responding, the new Technical Adviser of Kwara United, Coach Abubakar Bala, expressed delight over the opportunity to be a manager the club, whilst asking for support from all stakeholders to return the club to greater heights.

Coach Bala promised to design a technical programme that would give the club new playing direction.