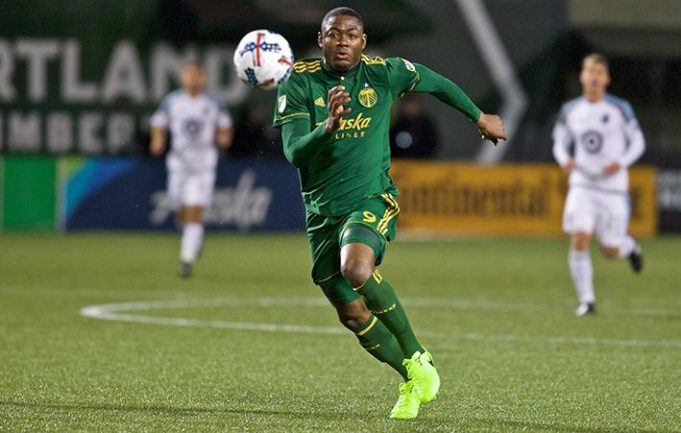 With less than four months to the biggest football tournament on the planet, Fanendo Adi has called on Super Eagles’ Coach Gernot Rohr to give him an opportunity, AOIFootball.com reports.

Though the Eagles went through the qualifying series unscathed with goals from the likes of Iheanacho, Iwobi, Ighalo, Victor Moses and captain Mikel Obi, the team’s failure to score from open play in their  last two friendlies has thrown open the possible option of one or two new strikers before the World Cup in June.

Adi, a former Super Eagles’ invitee, has expressed his desire to represent Nigeria after being an unused substitute against Egypt in 2016, insisting he still has what it takes to play for the country.

“I have always expressed my desire to play for Nigeria and I sincerely believe that my inclusion will add value to the team. I have got an invitation previously but I was not listed, so I hope that soon, when I prove my worth in the 2018 MLS Season, I would get another opportunity,” Adi said.

At 193cm, Adi is arguably one of Nigeria’s biggest strikers across the globe, coupled with his ability to hold up play and perfect finishing, something the Eagles currently lack.

He has scored 57 goals in his last four seasons in the MLS, including breaking John Bain’s 35-year all-time goals scorer record for Portland Timbers in April 2017.

With Rohr seemingly not convinced with his current strikers, Fanendo Adi could be a surprise package for Russia, putting in mind how another US-based striker Bright Dike shone with the Eagles in 2014 before an Achilles injury ruled him out of the World Cup in Brazil 2014.

Eagles will be ready for AFCON, says Abdullahi

My 2020 target is to win the Turkish League title, says Onazi