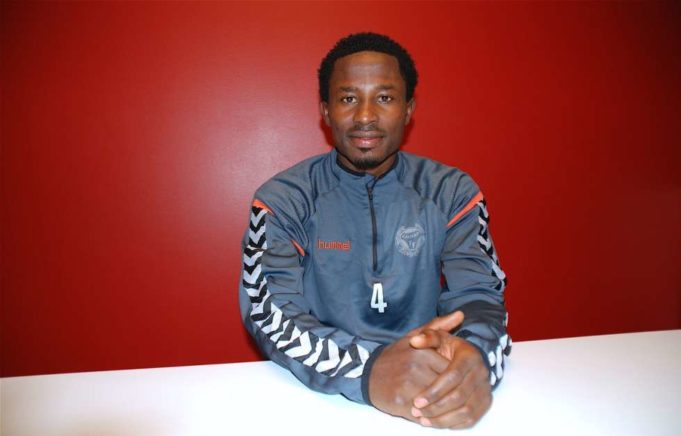 Former skipper of the home-based Super Eagles, Chima Akas is delighted after making his first competitive league appearance for Swedish club, Kalmar FF over the weekend.
The former Enyimba of Aba left-back, who spoke to AOIFootball.com exclusively from his base in Sweden, said he was happy with the reception he got and that his team will look to bounce back in their next game after the loss.
“It was a great game for me personally, we played well but unfortunately in football only goals count and we were not able to reply them. Hopefully, we will bounce back in our next game.
“It’s a good experience you know and I feel good to play in this atmosphere, so it was great to see the fans come out in numbers to support us,” Akas said.
When asked if playing in Europe could boost his chances of playing for the national team again, Akas admitted anything can still happen, but insisted he is focused on getting better with his club.
“Of course, the national team is every player’s dream, but if I will get a chance to be with the team only the coach can decide that.
“Any player who believes in himself will tell you they have what it takes. I was there when the late Stephen Keshi was the coach and at a point with Sunday Oliseh, so I know what it takes to be up there. I have been working hard every day, and I know what I can do,” Akas concluded.

Abdulquadir Adedapo - May 7, 2019
ALL CATEGORIES
SOUNDCLOUD