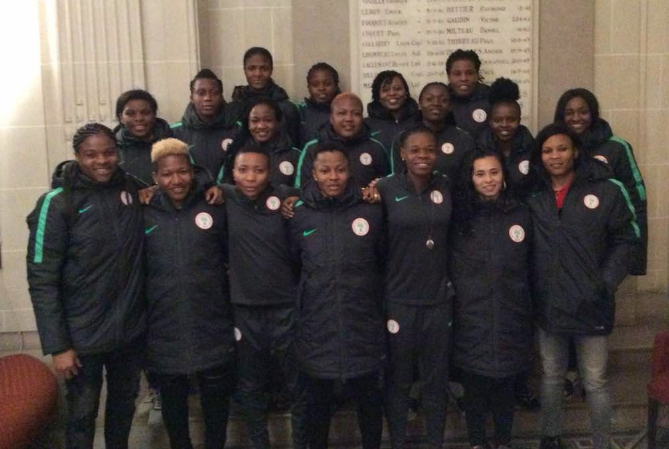 After the arrival of all eighteen invited players with the coming of Dutch-based Sophia Omidiji and Ngozi Ebere, the Super Falcons are expected to hold two training sessions on Thursday by 10 am and 4 pm as they prepare for their high profile friendly against the French women national team, AOIFootball.com can report.
Head Coach Thomas Dennerby will rely on the services of experienced hands Desire Oparanozie, Francisca Ordega, Ngozi Ebere and Faith Ikidi for firepower, with African Women’s Player of the Year, Asisat Oshoala missing out.
The match will also offer debut to former U-20 star Sophia Omidiji, while Ini Umotong and US-based Courtney Dike, make a return to the national team for the first time since 2015.
The France games will help the Falcons prepare adequately for their qualifiers to the African Women’s Championship in Ghana later in the year.