Home NPFL Kwara United are a team in progress, insists Coach Bala
SHARE
Facebook
Twitter
Despite his team’s impressive 2-2 draw against Sunshine stars at the Ondo State Sports Complex on Wednesday, Head Coach of Kwara United, Abubakar Bala, has called for calm among supporters of the club as he believes the team will continue to improve and beat the relegation zone, AOIFootball.com reports.
Bala, who took over a fortnight ago, remains unbeaten in his opening two games after last week’s win against Kano Pillars and another impressive point in Akure said the result will help boost the confident of the players.
“The result will boost the players’ morale more. It started from the win against Pillars; we won then in my first game in charge and we get a draw now; their morale will be high. The most important thing is to change their mindset that we can beat the relegation zone”.
“I was confident with the changes we made to explore their back line. I believe we can turn things around for this team to avoid relegation, that’s why I accepted the job,” Bala stated at the post-match conference.
Goals from Alfred Stephen and Sunday Chinedu were all the Harmony boys needed to cancel out two lovely freekicks from Sunday Emmanuel as they continue their quest for survival in the NPFL.
Kwara United, however, remained bottom of the table with 15 points but have narrowed the gap between them and 16th place Go Round to just two points with a game in hand. 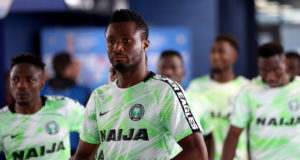