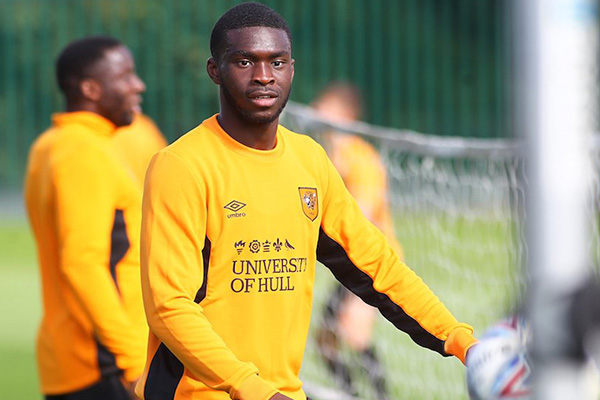 Deputy Governor of Osun State, Mrs. Titi Laoye-Tomori, has revealed that she wants her nephew Fikayo Tomori to play for Nigeria’s Super Eagles, insisting it will be a proud moment for her and the family, AOIFootball.com reports.
Tomori, who is presently on loan to Hull City from English Premiership giants, Chelsea, alongside Ola Aina, has represented Canada and England at youth level but is still eligible to play for Nigeria.
The Chelsea defender’s dad hails from Ilesha, Osun State, and Timori was an important part of the English U-20 team that lifted the FIFA World Cup held in South Korea and was also part of the most successful Chelsea youth team, winning the FA Youth Cup and the UEFA Youth League back-to-back in the 2014-15 and 2015-16 Season.
Tomori is 6 ft 1 and is eligible to represent Nigeria at the international level through his parents, Canada through his birth in Calgary and England through his upbringing, having lived in the country since he was a toddler.
“It would be my dream to see him play for the Super Eagles someday. We are so proud of him, so also is his parents. He is a true professional and also very humble. He works so hard for his team and no wonder he has won so much at such a young age.
“I was with his dad recently and we spoke a lot about his chances of coming to play for Nigeria soon. Right now, he is focusing on his club career and we hope he will come represent his fatherland soon,” she stated.
On the chances of the Super Eagles going far in the 2018 FIFA World Cup in Russia, Mrs. Tomori said she thinks the Super Eagles have the chance of becoming the first African team to reach the semifinals of the World Cup.
“We have a great chance to go far and I believe we have a great squad to do that. I have watched one or two of their games and I was impressed. I am optimistic we will go far”, she concluded.

Build Up to Super Eagles Vs Senegal Friendly: Throwback (Afcon 92)