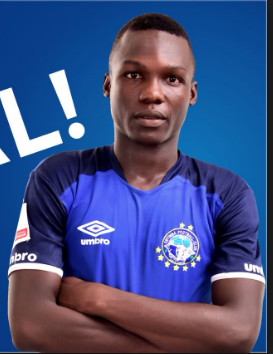 Two-time African champions, Enyimba Football Club of Aba have put one foot in the group phase of the CAF Confederations Cup after drawing away in South Africa against Bidvest Wits on Friday night, AOIFootball.com reports.

The Paul Aigbogun- led boys, who came into the clash with more continental exposure, fell behind after just three minutes when an error from the Enyimba defence allowed Daniel Klate to put the South Africans one goal up.

However, their lead was cut short when Ibrahim Mustapha equalized for the People’s Elephant two minutes later, to bring scores to 1-1, thus netting a crucial away goal ahead of the return leg in Calabar.

With Bidvest knowing the 1-1 scoreline will be a disadvantage to them, they came out smoking in the second half and came close to taking the lead just before the hour mark when Isiaka Oladuntoye cleared a Forsler strike off the goal line, much to the relief of Coach Paul Aigbogun.

Enyimba did, however, survive a late on slot from the South Africans but the game ended one goal apiece ahead of the return leg slated for Wednesday, April 18 at the UJ Esuene Stadium in Calabar.