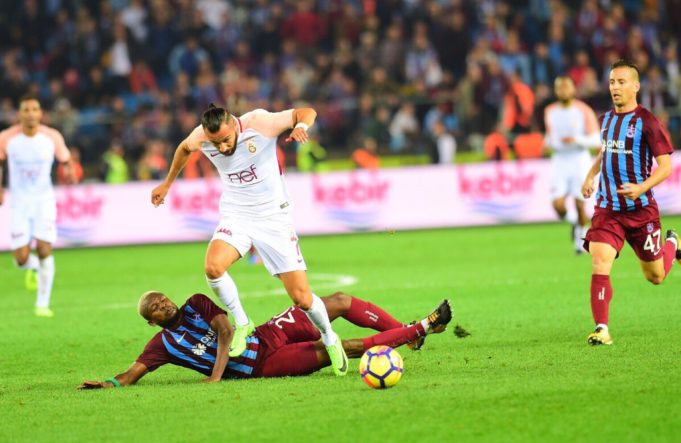 Super Eagles’ vice-captain Eddie Ogenyi Onazi was stretched off after just 28 minutes of his side’s emphatic thumping of Kayserispor after the midfielder pulled up what looked like a hamstring injury, AOIFootball.com reports.

Onazi, who was making his 14th league start of the season after he was rested in last week’s game, could not continue the game just after the hour mark as he was replaced by Ugur Demirok.

However, goals from Abdülkadir Ömür, Yusuf Yazici and a brace from Burak Yilmaz secured Trabzonspor the all-important victory.

Onazi will now visit the club medics to determine the length of his injury as he will be hoping it won’t be anything serious as the FIFA World Cup approaches.