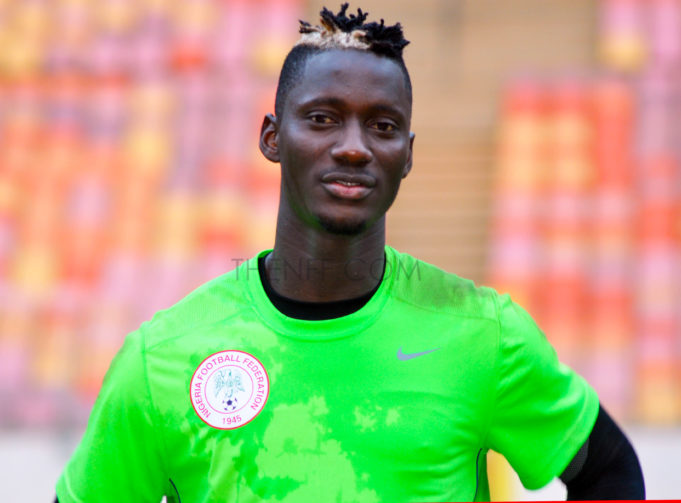 CD Feirense shot-stopper, Dele Alampasu as reiterated his desire to play for the Super Eagles at the World Cup, insisting he is still open to the possibility of making Coach Gernot Rohr’s provisional 35-man list.
The former Golden Eaglets’ safe hands, who spoke to AOIFootball.com exclusively from his base in Portugal, however, said that his lack of playing time has been the reason for his recent snub after featuring in Rohr’s plans during the early stages of the qualifiers.
“My season has been going on fine. I have been training well and everything is going on fine with me and there has been no injury for me this season.
“On the national team, I will say the coach knows my potential; maybe the reason why he has not called me is that I am not having enough playing time at club level but he knows I am always ready and up to the task.
“I believe anytime the coach decides to call on me, I would be ready to do my best. I won’t relent and I’m praying I can make the 35-man squad because anything can happen,” Alampasu concluded.