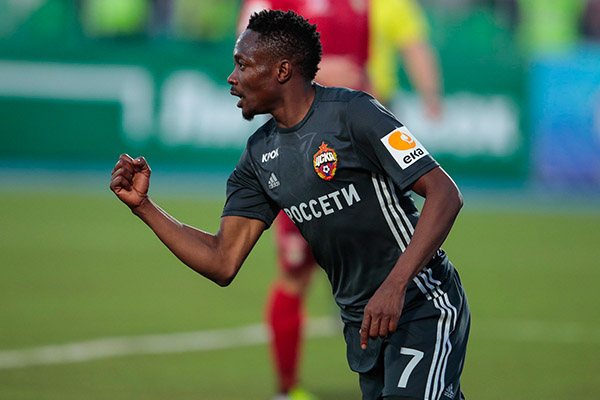 Super Eagles and CSKA Moscow forward, Ahmed Musa has promised to bang in more goals after scoring his first goal in the Russian Premier League since his return to CSKA Moscow, AOIFootball.com reports.

Musa, who is on loan from former English Premier League champions, Leicester City, secured a point for his club against Sylvester Igbonu’s UFA FC after lashing on a loose ball in the 78th minute, his first for CSKA this season.

The former VVV Venlo speed demon has however promised to get more goals before the end of the season.

“It is a good feeling to have scored for my club. I always want to score but you know, if the goals don’t come, you have to keep trying and that is what I will continue to do,” Musa said.

Since joining on loan in January, Musa has scored twice for CSKA, with the other goal coming against Lyon in the round of 16 of the Europa League.