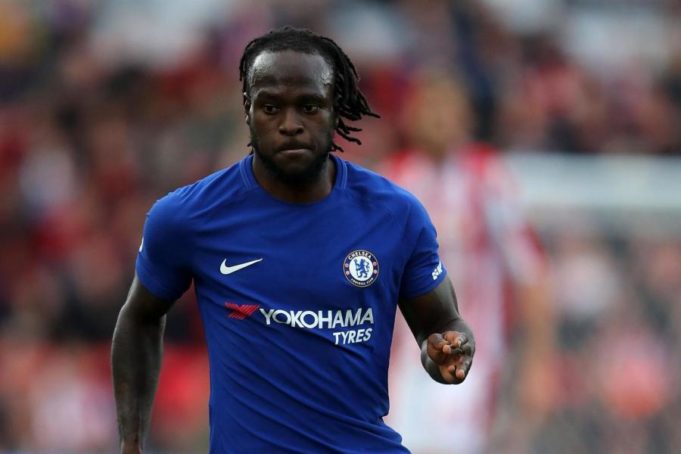 Super Eagles’ star, Victor Moses remains confident that Chelsea still has a point to prove despite the possibility of missing out on Champions League football next season, AOIFootball.com reports.
With the Blues five points off fourth-placed Tottenham with four games to play, and with Sunday’s FA Cup semi-final to navigate, Moses insists there’s still hope for Chelsea this season.
“We cannot write ourselves off,” he told Sky Sports. “We need to take every game as it comes and needs to finish the season as strong as possible.
“We believe in the players we’ve got collectively and individually. The most important thing today is the three points and we’ll take the momentum into the game on Sunday,” Moses said.
Moses, who scored his third EPL goal of the season against Burnley on Thursday night, showed why he still can be trusted in the attacking front with a man of the match display, a good omen for Nigeria heading to the world cup.
He had 2 attempts, 2 on target, 1 goal, 63 touches, 2 chances created, 5 crosses, passing accuracy of 74%, made 3 interceptions and won 5 of his 7 duels contested.
The Blues’ wing-back has now been Involved in 4 goals in his last 9 Premier League games (3 goals, 1 assist).