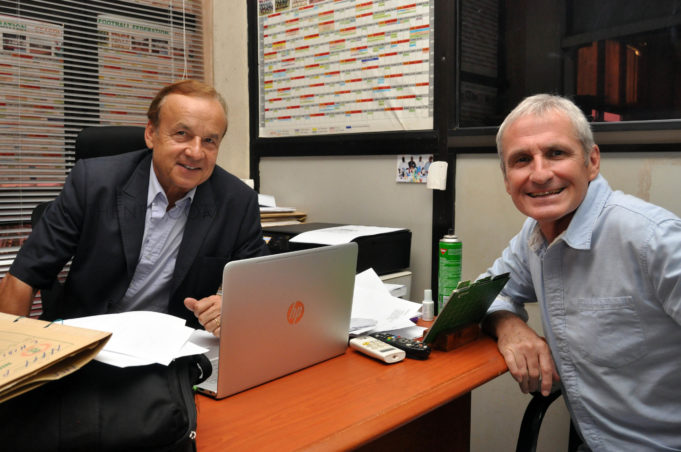 Super Eagles’ Coach Gernot Rohr was at the Nigeria Football Federation Headquarters in Abuja on Friday morning, to discuss the way forward for the team, amongst other issues, AOIFootball.com can report.

The Franco-German, who just arrived from Port Harcourt where he went on the inspection of the Adokie Amiesimaka Stadium, breezed in alongside Team Administrator, Dayo Enebi Achor around 11.00am.

The former Burkina Faso Coach was all smiles and later met with the General Secretary and the second Vice President of the NFF, Shehu Dikko.

Possible matters thrashed though informally, were the arrangements for the next friendly game against DR Congo, when the list of possible invitees will be released and his report card about the Adokie Amiesimaka Stadium, Port Harcourt, amongst other things.

Coach Rohr is expected to submit his provisional 35-man list to FIFA latest on the 14th May.