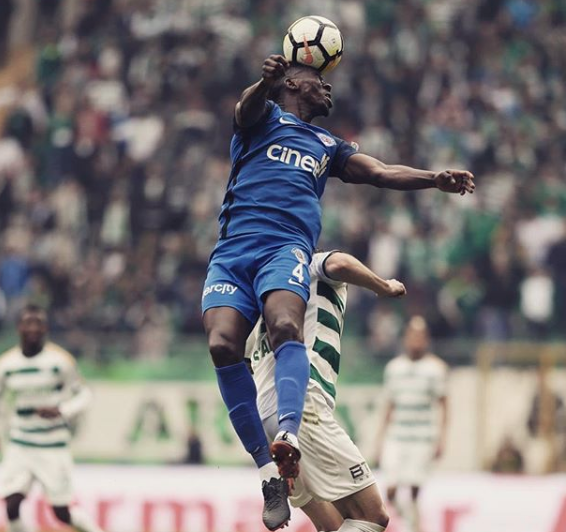 Ahead of Kasimpasa’s game against Konyaspor this weekend, Super Eagles’ defender, Kenneth Omeruo has described the ongoing season in the Turkish League as one of his career best, AOIFootball.com reports.
The on-loan Chelsea defender, who has featured in all but one of his side’s game since his arrival from the former EPL winners last summer, said finishing the season well without injuries will now be his primary target.
“It’s been an amazing season for me personally because the issue with my transfer earlier on and the injury gave me a little setback. But I am happy I was able to overcome it and prove myself once again.
“This season for me at Kasimpasa is great because I was able to play regularly and help the team to a good position in the league. With few more matches to the end of the season, maybe we can push for a top sixth finish,” Omeruo added.
The former Middleborough player, however, said he remains calm of his chances of featuring at the World Cup for Nigeria, insisting only the coach can decide who he wants to select for the Mundial in Russia.
Omeruo has featured in 25 league games this season, starting in 24 of them, and has an average season game rating of 7.06, completing 81% of his passes, making 8 clearances per game and winning more duels than any of his teammates this season.

Iheanacho and I have come a long way, says Nwakali