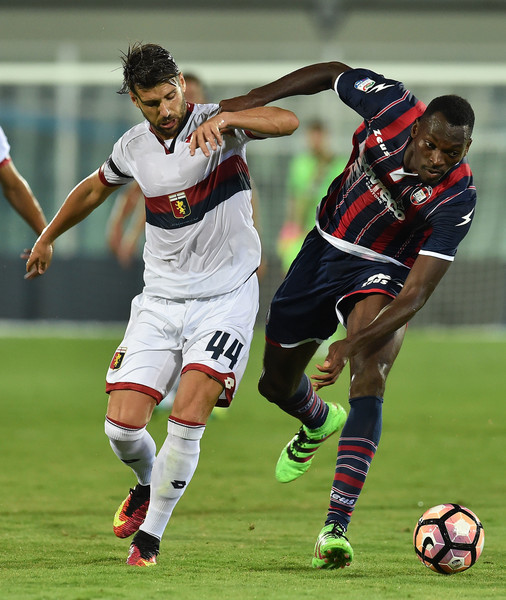 Nigerian striker, Simeon Nwankwo continued to make a case for himself to be selected in the Eagles’ 35-man provisional World Cup list, as he scored in his third consecutive game to hand Crotone a comfortable 4-1 win over Sossuolo, AOIFootball.com reports.
The 25-year-old attacker, who has been hitting the headline for the right reasons in recent weeks, started his 8 league game of the campaign and doubled his side’s lead in the 16th minute after profiting from an error from the Sassuolo goalkeeper to put Crotone two goals up.
Marcello Trotta had opened scoring for the hosts earlier in the third minute and grabbed his brace just after the half hour mark to put his side 3-0 up before Domenico Berardi reduced the deficit when he converted from the penalty spot on the stroke of halftime.
With the point already secured, Simy got his brace two minutes from time as he calmly controlled a through ball from Davide Faraoni before firing past the goalkeeper with his left foot to complete a comprehensive 4-1 victory for his side.
With his brace, Simy has now scored 5 goals in his last 5 games, almost a sure bet for the Eagles’ 35-man provisional list if he continues his goals-scoring heroics.
The attacker was on for the entire match duration and had a game rating of 8.4, just missing out on the man of the match award by a whisker and he also completed 82% of his passes, scoring two from his three shots on target.