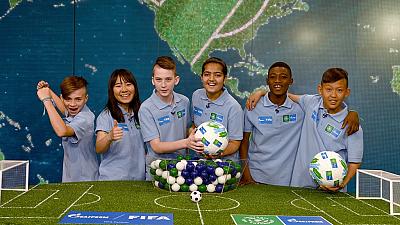 The International Day of Football and Friendship has been celebrated in over 200 cities of the world with special events to promote friendship, mutual respect and healthy living. Tens of thousands of children and adults are participating in friendly matches, open training sessions, flash mobs and sporting events. On this day, everyone who shares such important human values as equality, respect for different cultures and peaceful coexistence ties a blue-and-green friendship bracelet on his her wrist as a symbol of  the Gazprom’s International Children’s social Programme Football for Friendship. The blue thread stands for a peaceful sky, and the green one is a football field open to everyone. The participants have been supported by famous footballers, coaches, television hosts, actors and members of government agencies all over the world.

In Nigeria, two children have been selected, Ayomide Ayanbunmi a young footballer who is aspiring to be great player, and Hussain Dikko a young journalist who already blogs and joins in the act of commentary at local football centres especially in the northern part of the Country will be representing Nigeria in Moscow during the Football for Friendship program as well as during the FIFA World Cup.

Nigeria, is a country blessed with footballing talents who have made their mark on the World stage in time past like Jayjay Okocha, Kanu Nwankwo, Sunday Oliseh and recently Mikel John Obi amongst others and it goes without saying that her Sporting Media is also very active covering the game both home and abroad. The followership of the round leather game in Nigeria is second to none. These two young lads who were both carefully selected, will live with this experience forever and also inspire fellow young people when they return from Moscow with the huge experience they will garner at the Football for Friendship program and the FIFA World Cup.

In Brazil, a reception dedicated to the International Day of Football and Friendship was held at the Russian Embassy, where young programme members presented friendship bracelets to the Ambassadors of 27 Latin American countries. In Algeria, young sportsmen held a spring cleaning at one of the largest municipal football stadiums to pay respect to the Football for Friendship’s key values, followed by two friendly matches between local children and the programme’s Young Ambassadors. Senegal, which took part in the programme for the first time this year, held a press conference featuring a legend of Senegalese football, Amara Traoré, as well as officials from the country’s Ministry of Sport. In Kazakhstan, the holiday coincided with the Day of Kazakhstani Football. On this festive day, an open match of the legendary Kairat football club was held, and the famous footballers got friendship bracelets. In Serbia, a TV program dedicated to the International Day of Football and Friendship was aired, with famous actor and host Milan Kalinic, a big fan of Crvena Zvezd FC, presenting young Serbian members of the project. In South Africa, the youth football academy Young Bafana held a friendly beach football match, and before that, a golf competition – after all, real friendship is possible in any sport.

Talented children from all over the world are participating in the new season of the Football for Friendship programme. For instance, Yazan Taha, 12, a Young Journalist, popular blogger and football co-commentator from Syria, became a member of the International Children’s Press Center. One of the Young Coaches is Sofia Bazhenova, a Russian football player with the girls’ junior team U-16, winner of the Russian Futsal Championship. Among the Young Footballers in the programme is Poadey Sébastien from New Caledonia, one of the pearls of Oceania, who has played football since he was 4 and is one of the youngest players in his national team, Stade de Koniambo Football Club.

‘This year I was lucky enough to get the opportunity to take part in the Football for Friendship programme. Common human values are really close to my heart, especially equality, justice and victory. Without those, it’s impossible to live in harmony! I’m really glad to see Russia for the first time, find new friends and develop my skills. It’s really both a great responsibility and a great honour to represent my country in this programme’, said Nadav Sternheim, a Young Ambassador of Football for Friendship from the USA.

‘I think football can unite the most different people, because real friendship has no barriers. The most important things are kindness and generosity. I really want to become a famous football player to make my country proud of me’, Jadidi Meuuo Ndombuki, a Young Ambassador of Football for Friendship from Kenya shared his emotions.

‘It is wonderful that the names of Young Ambassadors of the programme’s new season were anounced today, on the International Day of Football and Friendship. I can say that the players from Tanzania are eager to share their feelings about their participation in the project with children from different countries. I heartily wish all the young sportsmen good luck and unforgettable days in Moscow’, said Emmanuel Saakai, CEO of the Tanzanian football academy Lengo and Football for Friendship coordinator in Tanzania.

The first International Day of Football and Friendship was announced by the Young Ambassadors of Gazprom’s Football for Friendship programme in 2014.

Over the years, the events have featured famous football players, including Serbian defender Branislav Ivanovic and Russian goalkeeper Yuri Lodygin from Zenit (Saint Petersburg), as well as Dutch striker Dirk Kuyt from Feyenoord (Rotterdam) and the winner of the Euro 2004, Theodoros Zagorakis, from the Greek national football team.

A total of over 500,000 people have taken part in events connected to the International Day of Football and Friendship. The holiday has been supported by hundreds of football players: global football legend Franz Beckenbauer (Germany), one of the strongest strikers in African history, Didier Drogba (Côte d’Ivoire), famous Madrid Real defender Michel Salgado (Spain), former Arsenal London player Andrey Arshavin (Russia), ex-leader of the Portuguese national team Vitor Baia and other stars.

Gazprom’s International Children’s social programme Football for Friendship was launched in 2013. The project brings together boys and girls of different nationalities and physical abilities. Its aim is to develop children’s football and foster in children from different places respect for other cultures and nationalities. The key values sustained and promoted by the programme’s participants are friendship, equality, justice, health, peace, devotion, victory, tradition and honour. 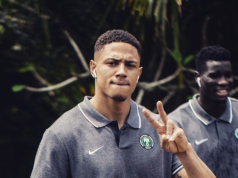