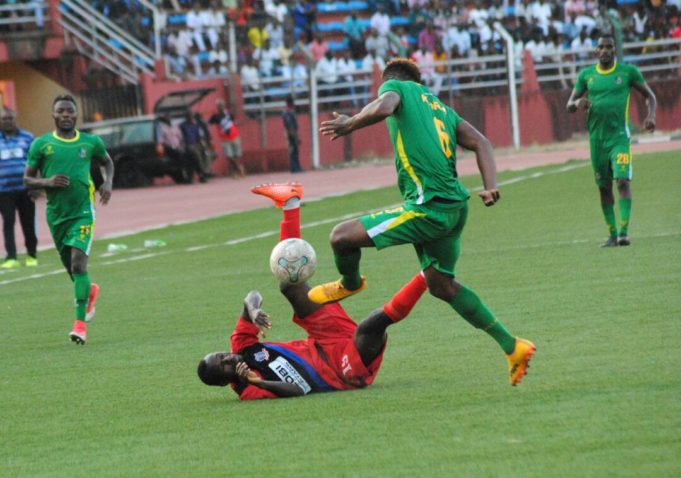 Lobi Stars remained top of the Nigeria Professional League (NPFL) table after they were forced to a 1-1 draw by hosts Sunshine Stars, in their Matchday 19 encounter in Akure on Sunday, AOIFootball.com reports.

Niger Tornadoes slipped up to the second position following a 1-0 win against
MFM at the Bako Kontagora Stadium, Minna.

Abubakar Nadabo scored the only goal via a spot-kick after 13 minutes.
The Ikon Allah Boys are now unbeaten in their last nine league games.

At the Sani Abacha Stadium in Kano, Pillars beat Heartland 2-0, with NPFL top scorer Junior Lokosa grabbing both goals for his side.
Lokosa scored in the 14 and 47 minute to lift Pillars past Heartland, who were last week docked three points for crowd trouble. They are now bottom of the table.

At the Nnamdi Azikiwe Stadium in Enugu, Rangers outscored Wikki Tourists 3-0. Godwin Aguda, Christian Madu, and Kelvin Itoya were on scoresheet for the Flying Antelopes.

El-Kanemi Warriors earned a 2-0 home win against Nasarawa United. Antonio Desousa and Michael Ohanu were on target for Borno Army.
in other matches, Abia Warriors beat Rivers United 2-1 in Umuahia, with Arinze Nwangwu scoring for the hosts in the 38th minute. Ndifreke Effiong doubled the lead three minutes after the break, while Malachy Ohawume reduced the deficit for Rivers United in the 63rd minute.

Kwara United did well to hold Yobe Desert Stars to another goalless draw in Damaturu, while Go Round FC were also held to a 0-0 draw by FC Ifeanyi Ubah at Krisdera Hotel Stadium, Omoku.