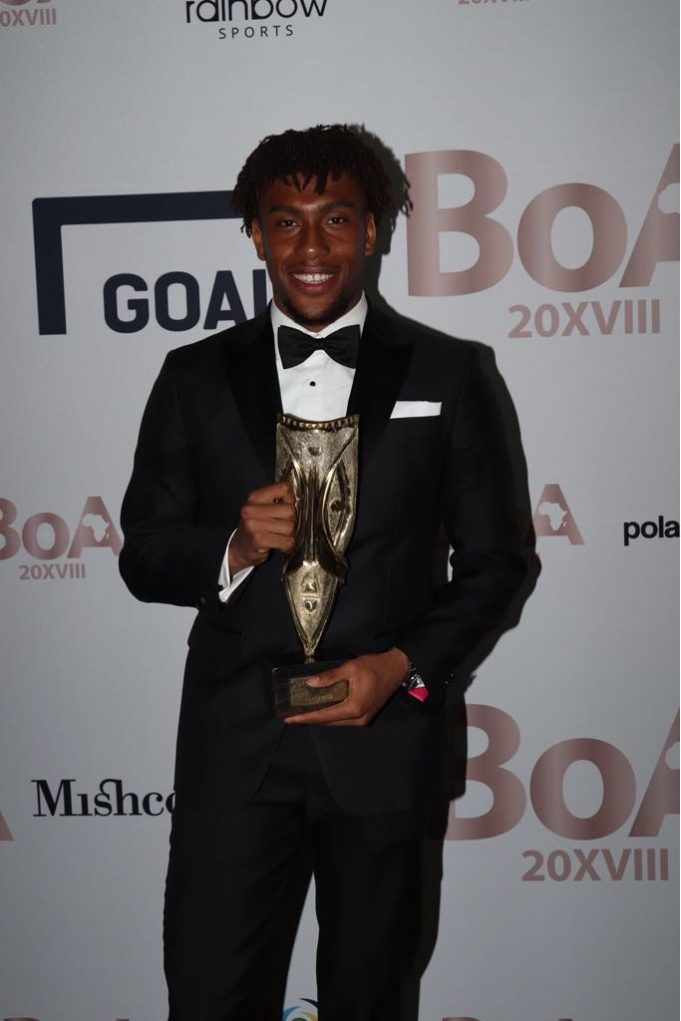 Super Eagles’ attacker, Alex Iwobi yet again received another accolade for his passionate work in supporting the charity as he was honoured on Monday night with the Community Action Award at the Best of African Awards (BOA), AOIFootball.com reports.

The Arsenal forward, who was recognized with the PFA Community Champion Award last year for his charitable work with the Arsenal Community Foundation after donating a day’s wage to the club, received a similar award on Monday for always supporting the community.

Iwobi has been part of the Arsenal family from a very tender age and joined the first team in 2015. He has been a major part of the club’s community foundation since then.