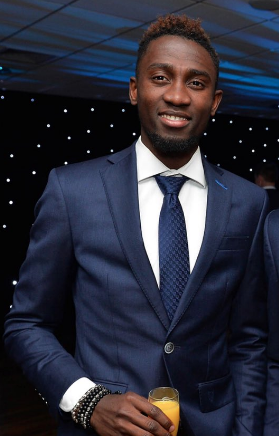 Super Eagles’ and Leicester City midfielder, Wilfred Ndidi has said he is a happy man after being named Leicester City Young Player of the Year for the second consecutive season, AOIFootball.com reports.

The 21-year-old, who joined the Foxes in January 2017, told the club’s website after the award ceremony that it was a proud moment for him.

“I feel very great; it’s a proud moment for me and I’m very happy about the award.

“The fans have been fantastic to us and I would like to say thank you to them for all their support to the team,” Ndidi said.

The former Genk midfielder further posited that the season has been great for him despite some little ups and down encountered.

“There have been a lot of ups and downs, but I would say the main thing is that we’re safe. We are working on finishing high with our remaining games, but generally, the season has been okay because we have learnt so many things,” Ndidi concluded.

The Eagles’ midfielder has featured 33 times this season for the Foxes in the league and still remains the best tackler across Europe’s top five leagues.